One of the world’s biggest YouTube stars; KSI, took to the ring to settle online rivalry with fellow UK YouTuber Joe Weller. When KSI reached out to us to look extraordinary for his debut we were sure to take it to the max... Sequins, leather, tassels, Swarovski, we pulled out all the stops. 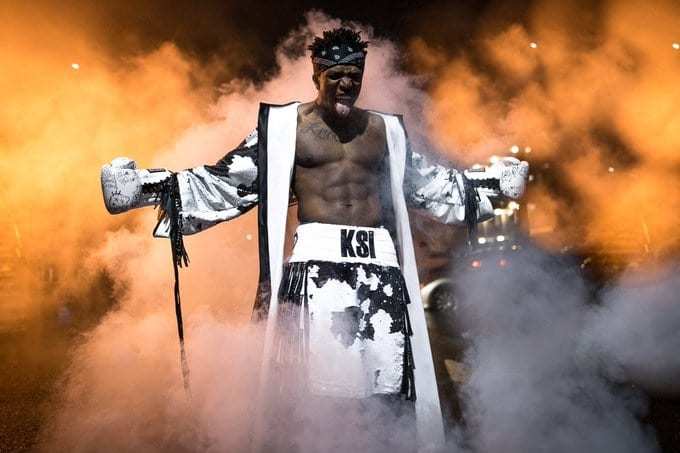 We invited KSI into Fight Label HQ for a fitting on the outfit, which was great behind the scenes content for the build up to the fight. So much so, this content is featured in his movie “KSI: CAN’T LOSE” which shows KSI’s training camp, fight build up, outfit fitting and the fight 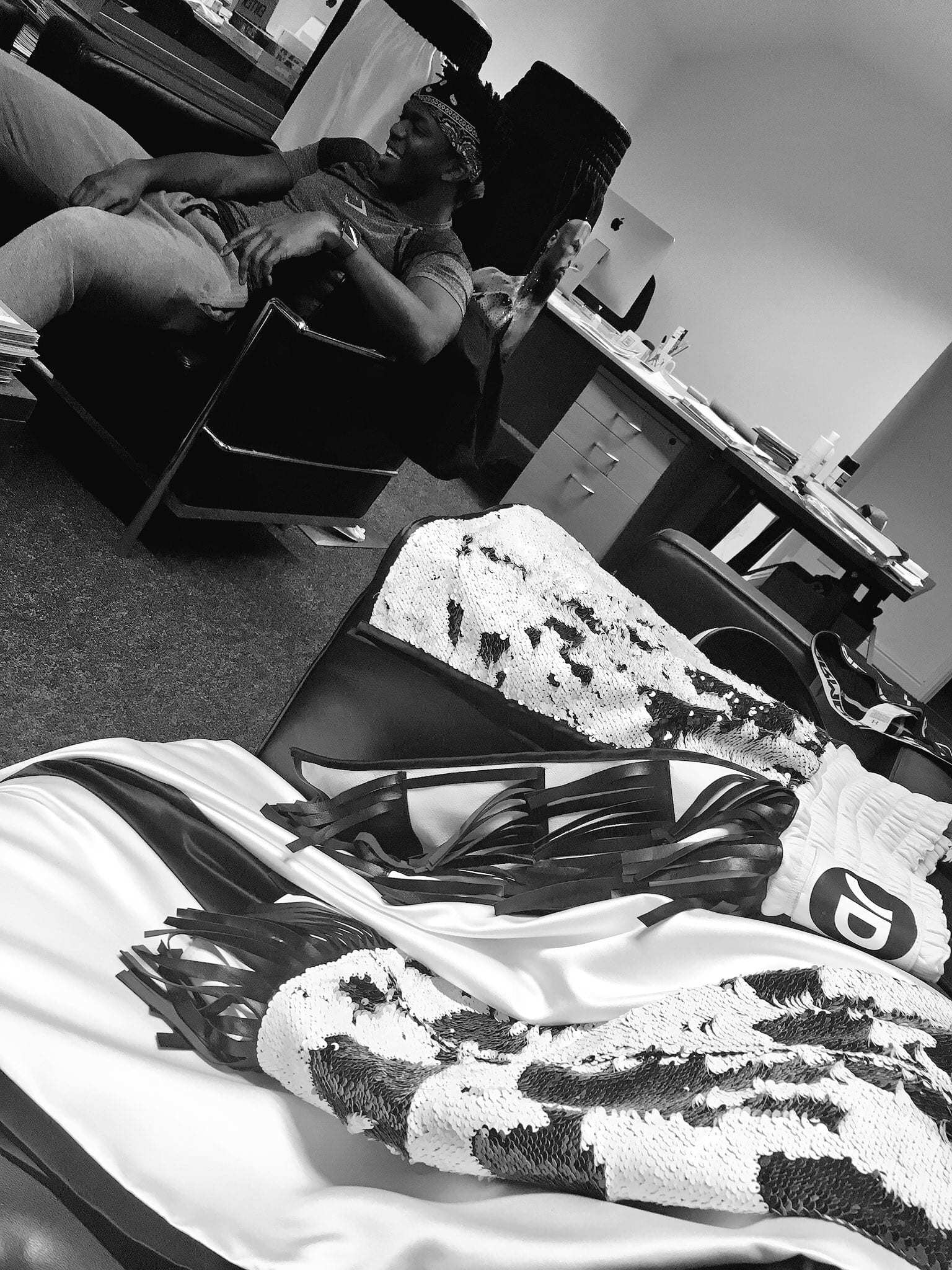 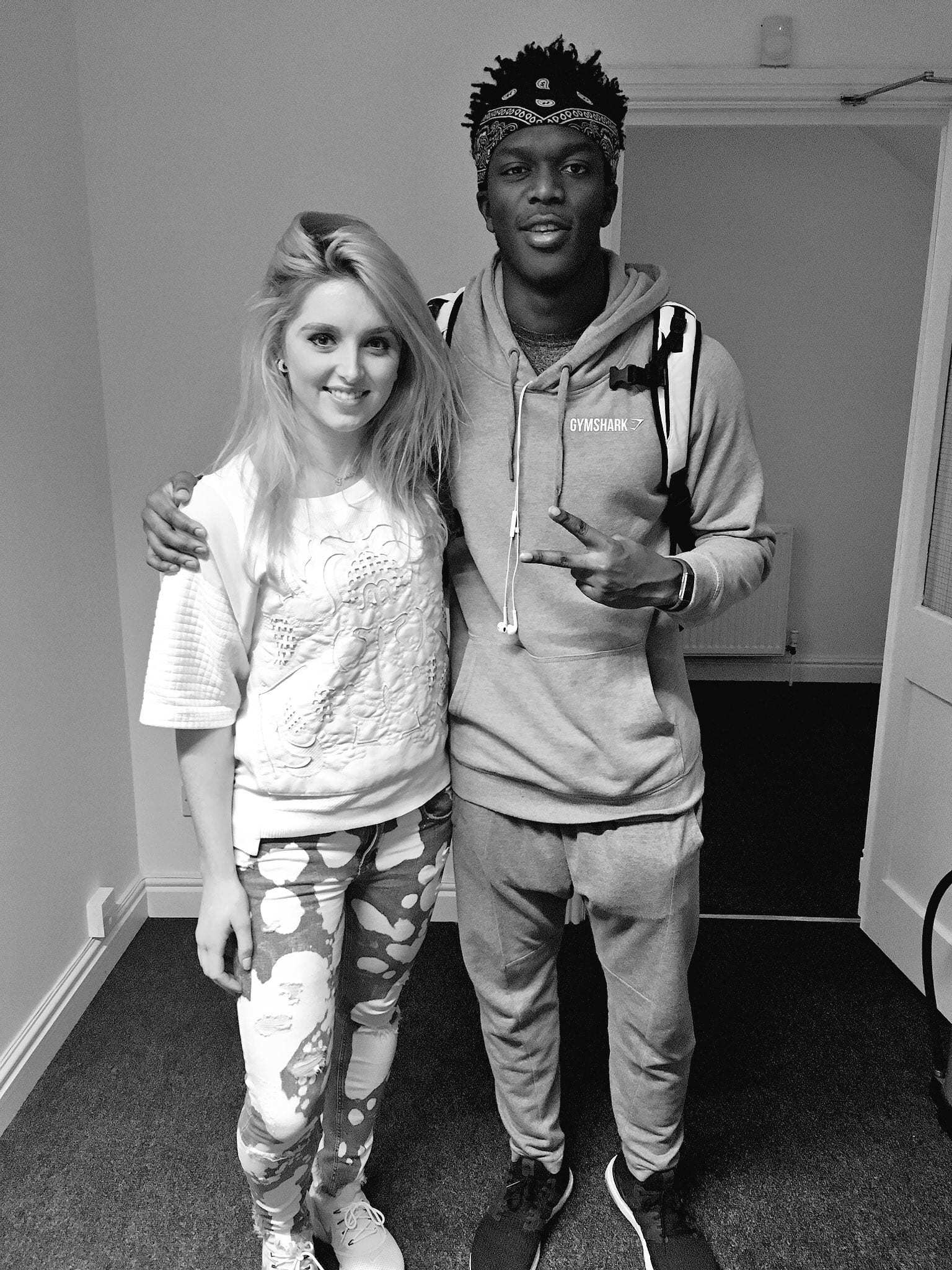 Over 2000 Swarovski crystals were individually applied to hand-cut leather tassels to form the side panels of KSI’s gladiator style shorts. 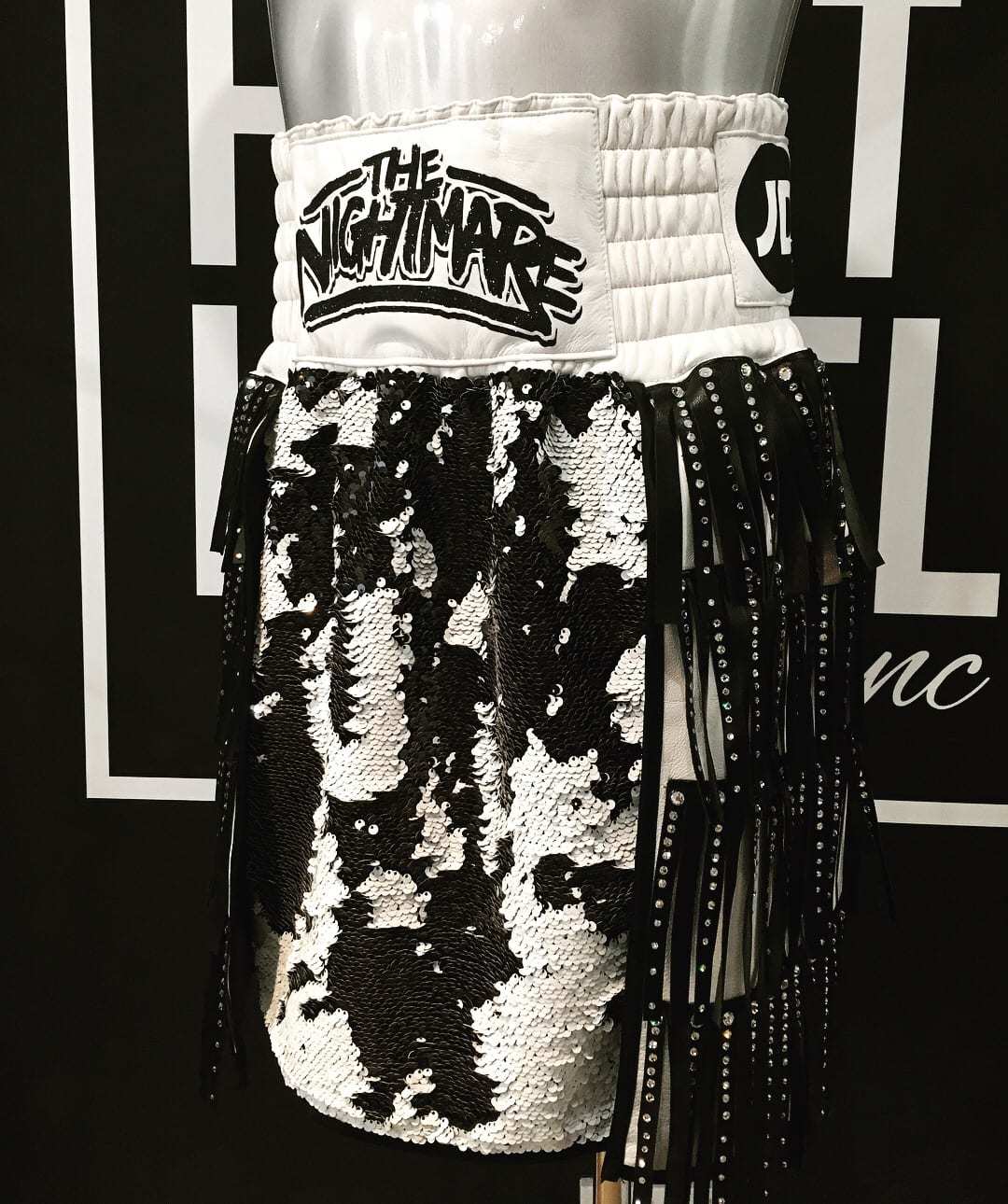 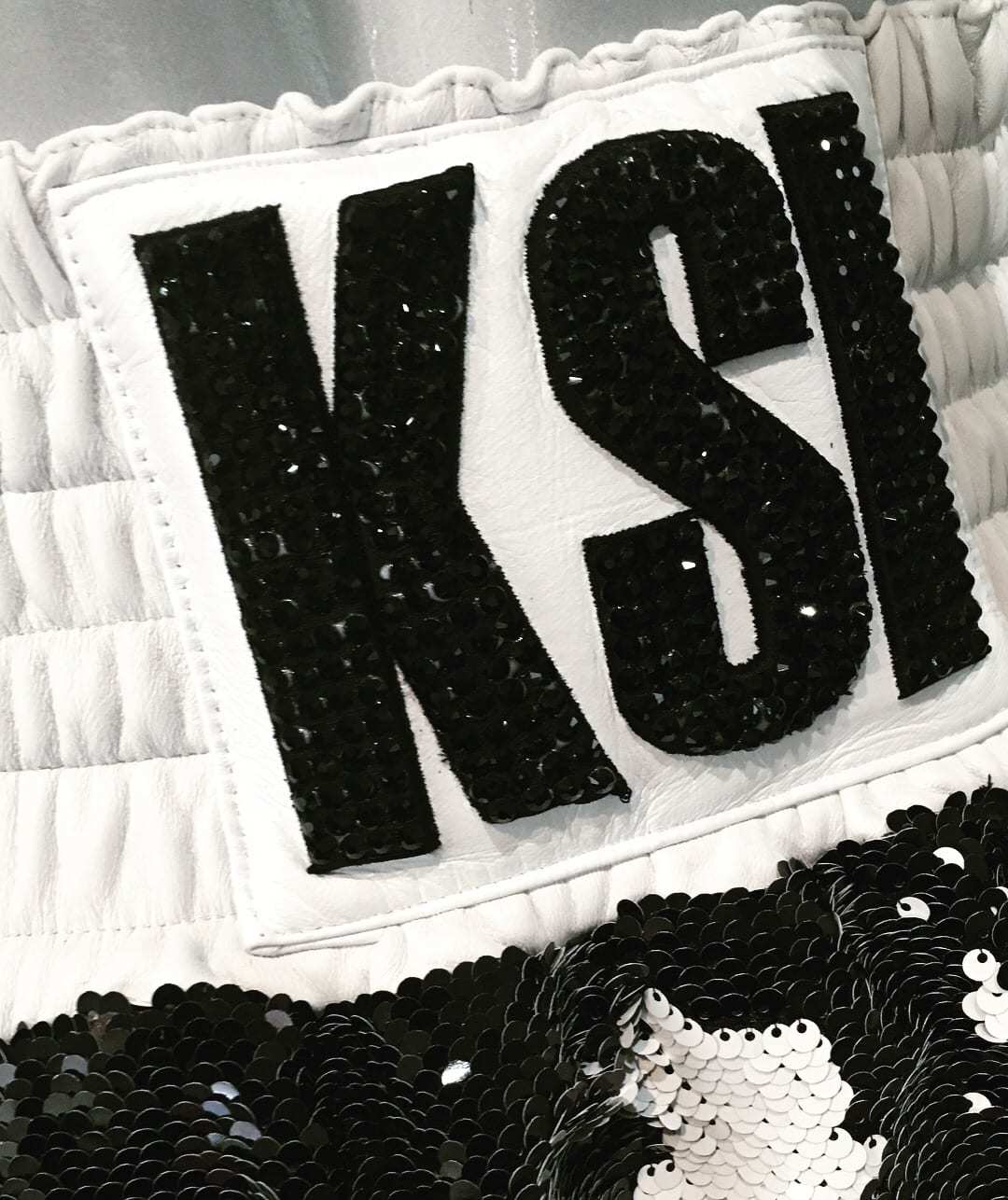 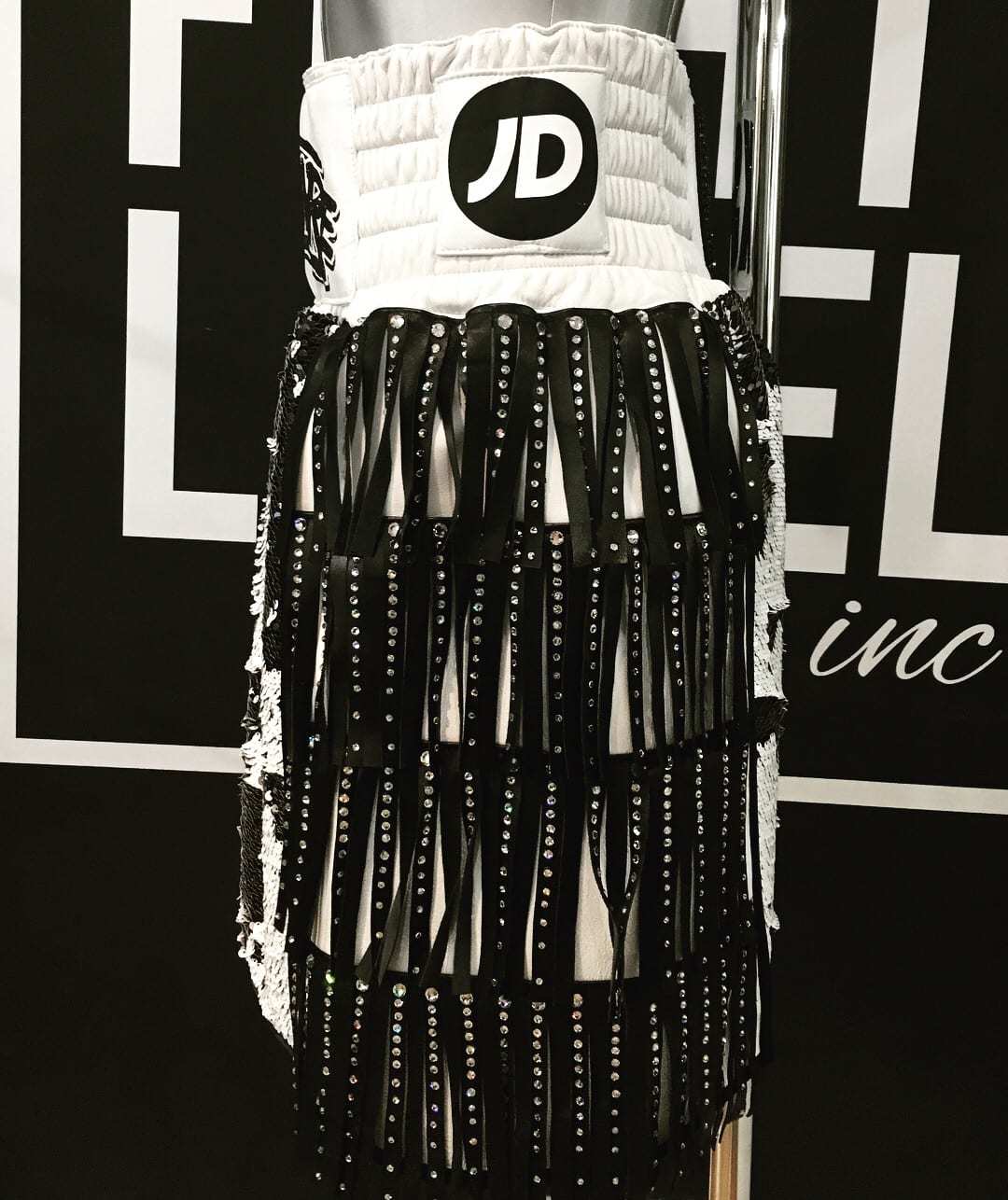 KSI made the most of his Fight Label outfit; wearing it casually to do the shopping and also on the tube! 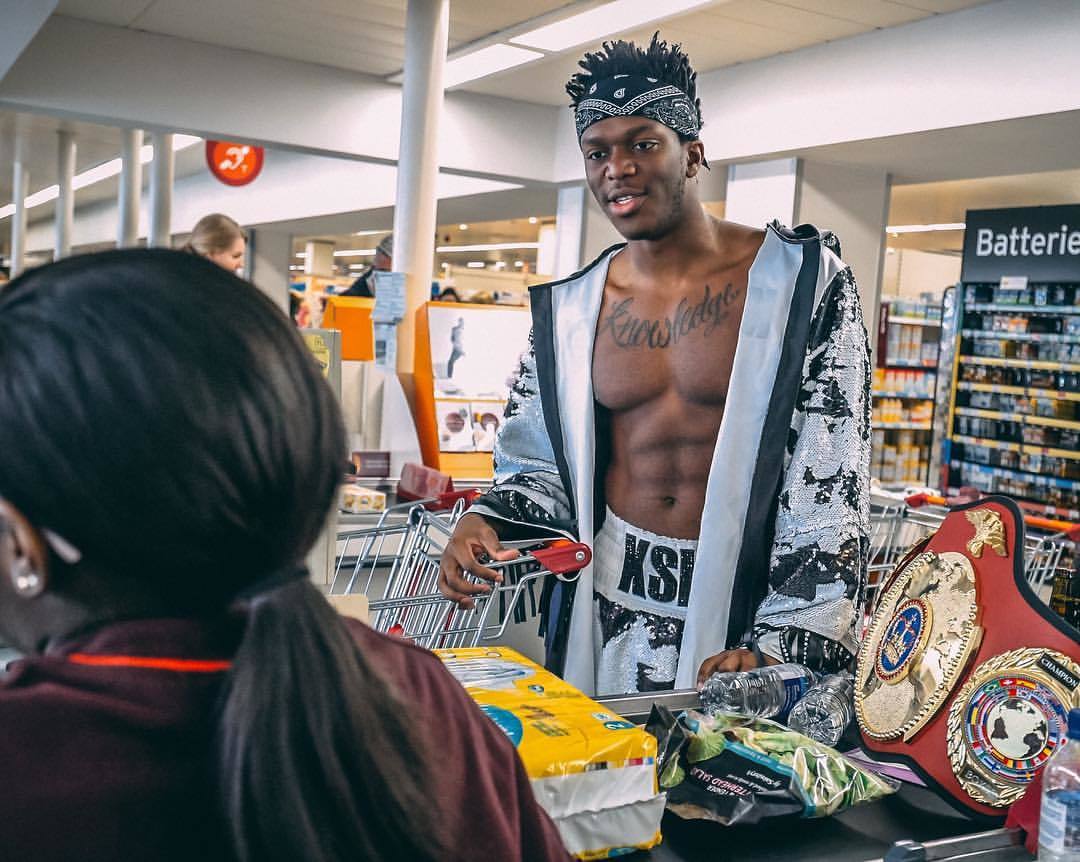 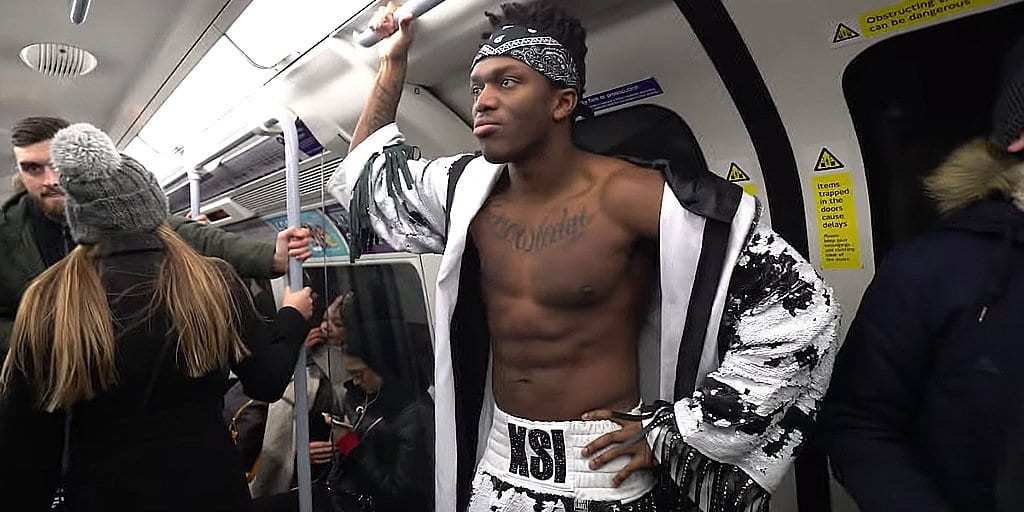 After his debut success, KSI went on to bigger and better with his next fight announcment to settle more YouTube beef with rival Logan Paul from the USA. This fight was an internet sensation, selling out Manchester Arena and as a PPV event on YouTube, the first of its kind!

With millions tuning in and an international showdown we had to pull something patriotic out of the bag and bring the bling again. KSI adored his first outfit so wanted to keep the style in principal but switch up the colouring and finishes. 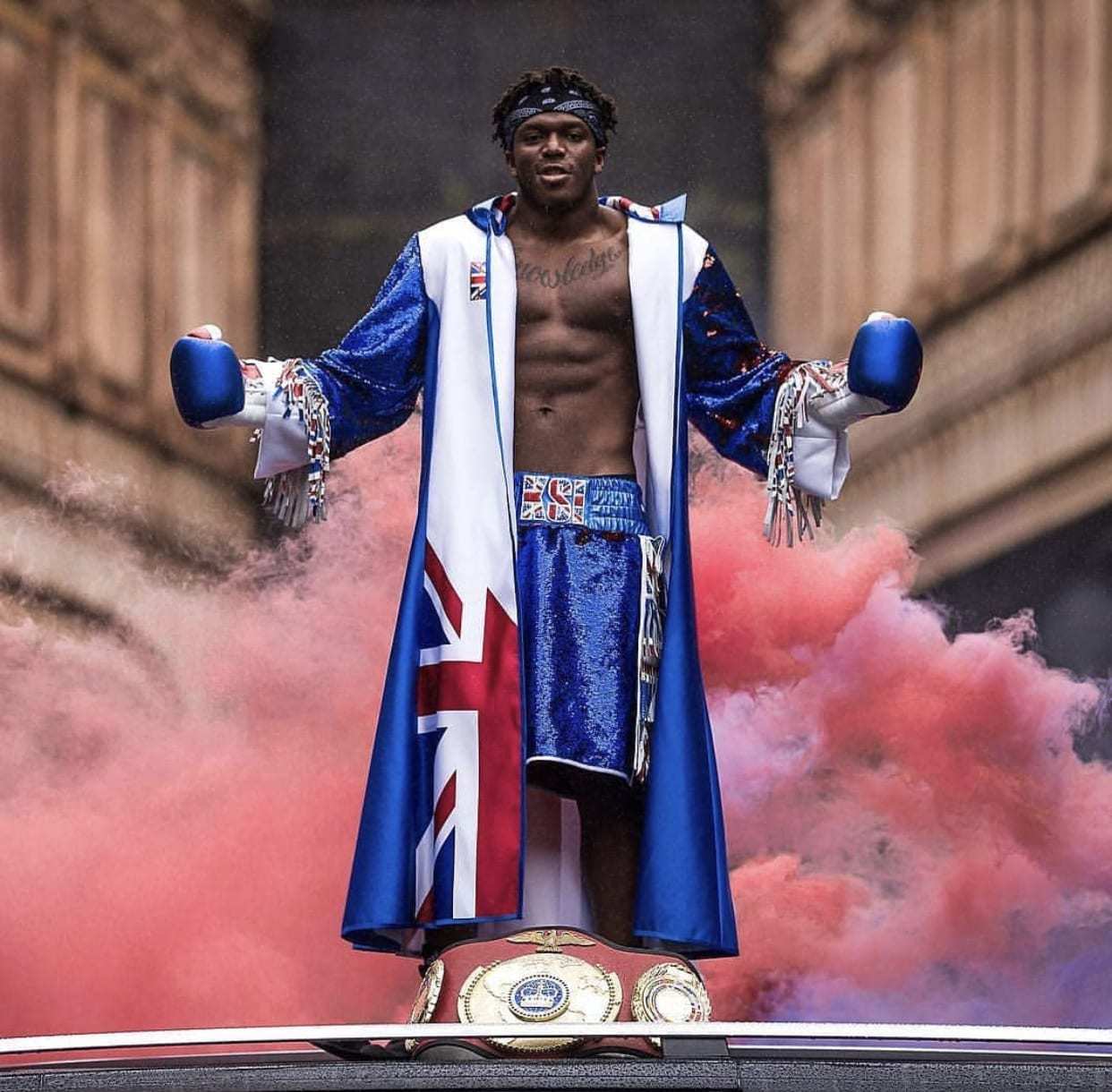 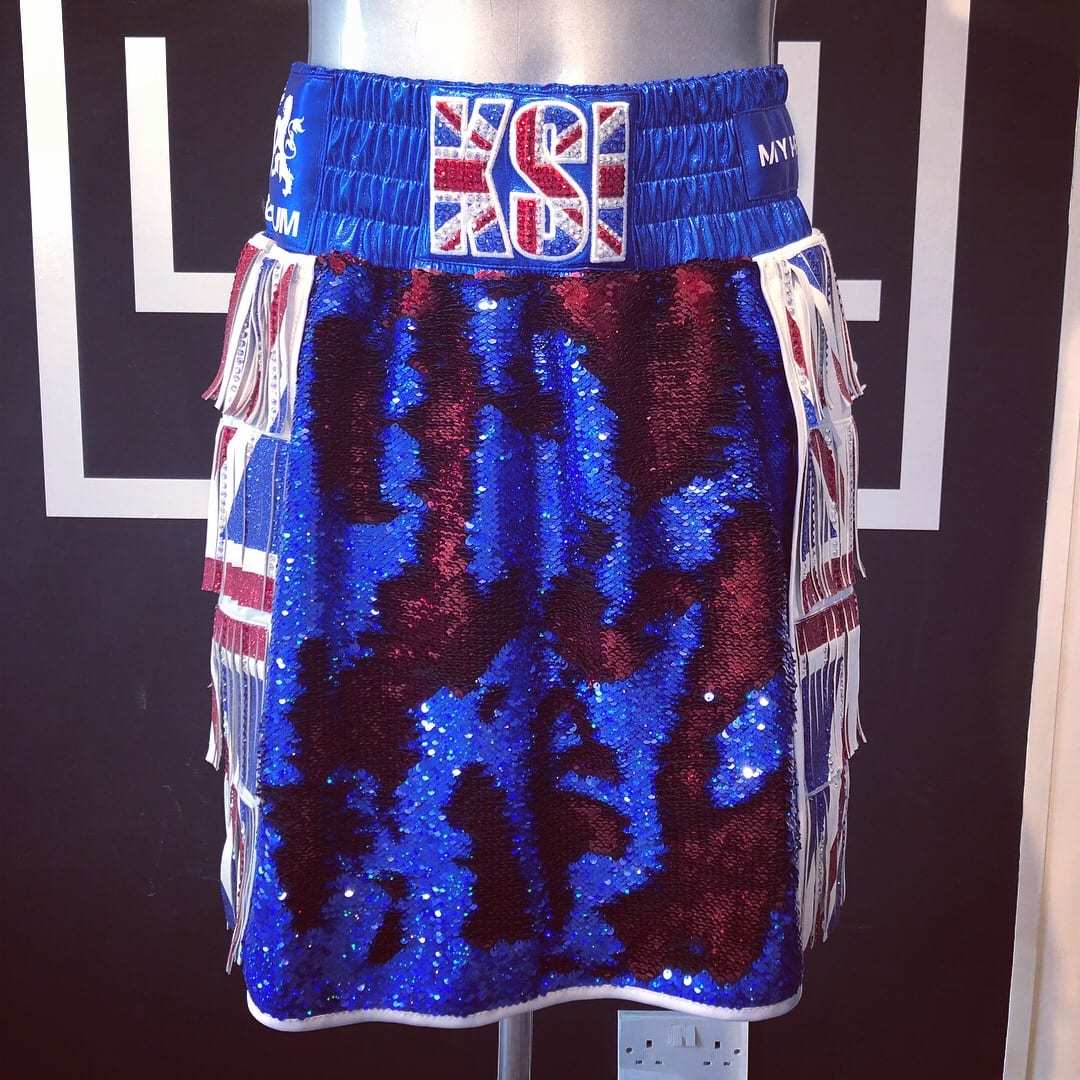 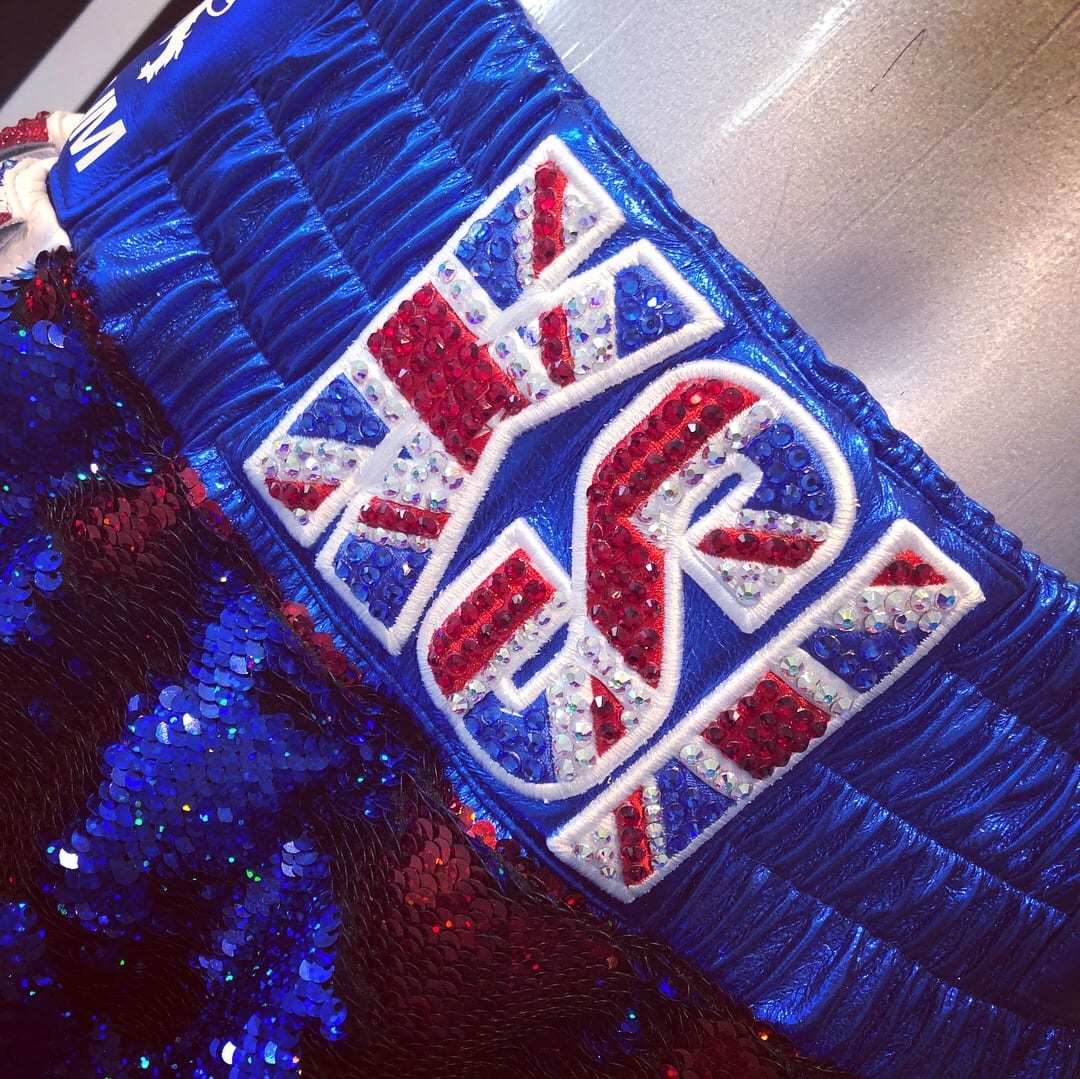 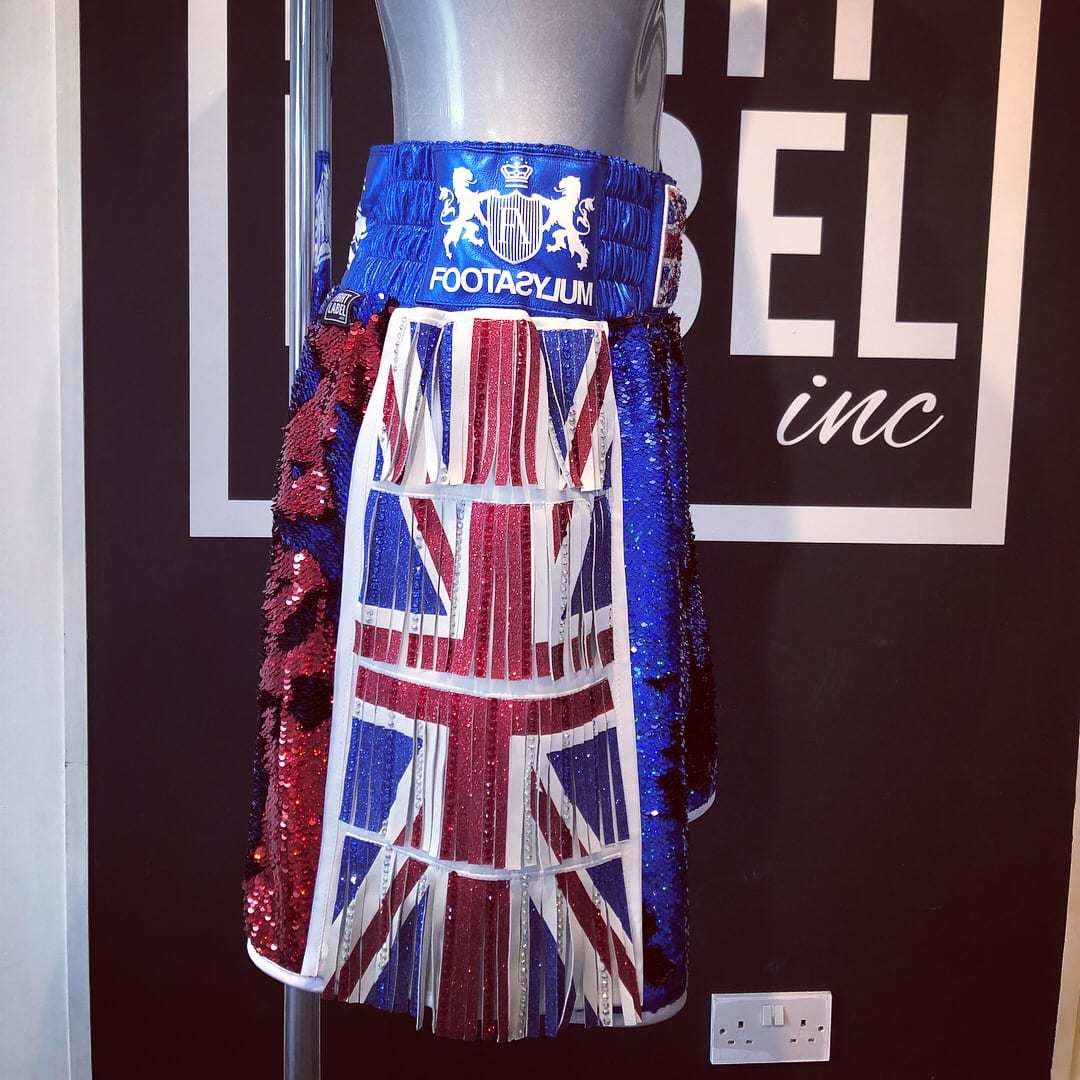 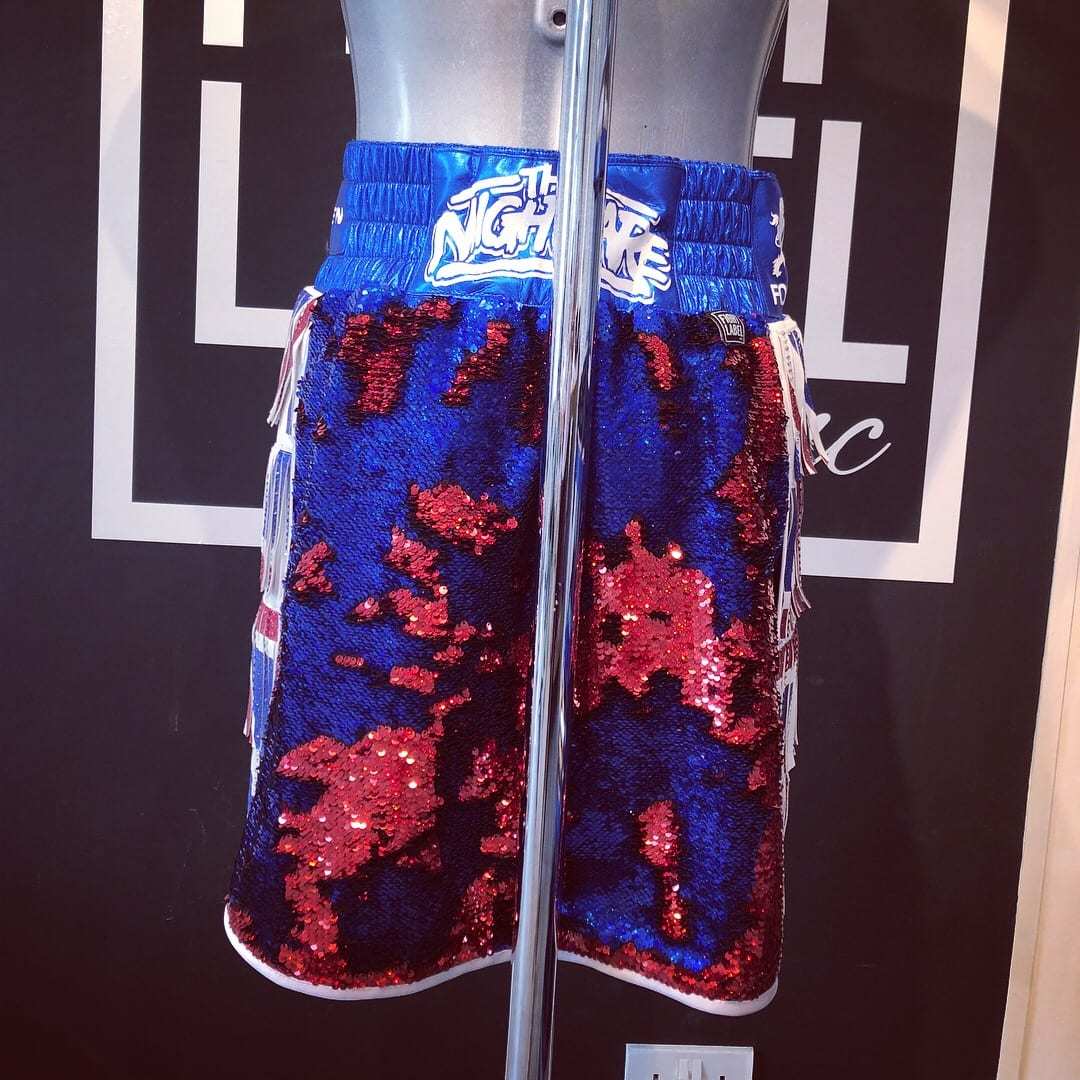 The hype around the KSI vs Logan Paul match up was insane, LA press conferences, PPV for a fight with two contenders who are complete novices in the grand scheme of it... Yet this fight drew in the who’s who of the internet, YouTube royalty jetting into Manchester and all the major boxing reporters and professional boxers attending the show.

We attended with our World Champion client from Las Vegas -Badou Jack and one of Sheffield’s very own boxing legends - Prince Naseem Hamed. With all the stars in and as the final bell went, it was deemed a draw. Bring on the rematch and let’s go again! 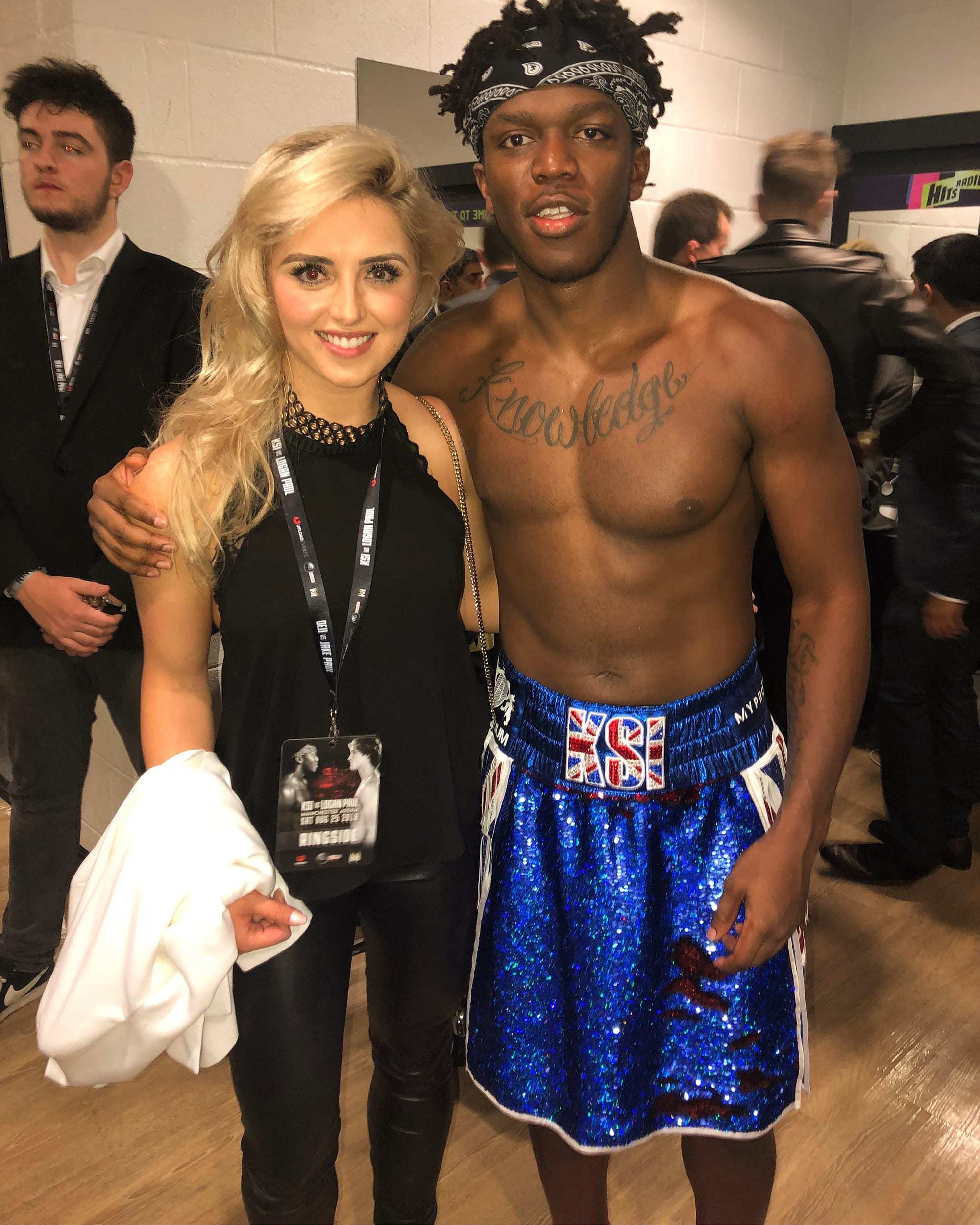 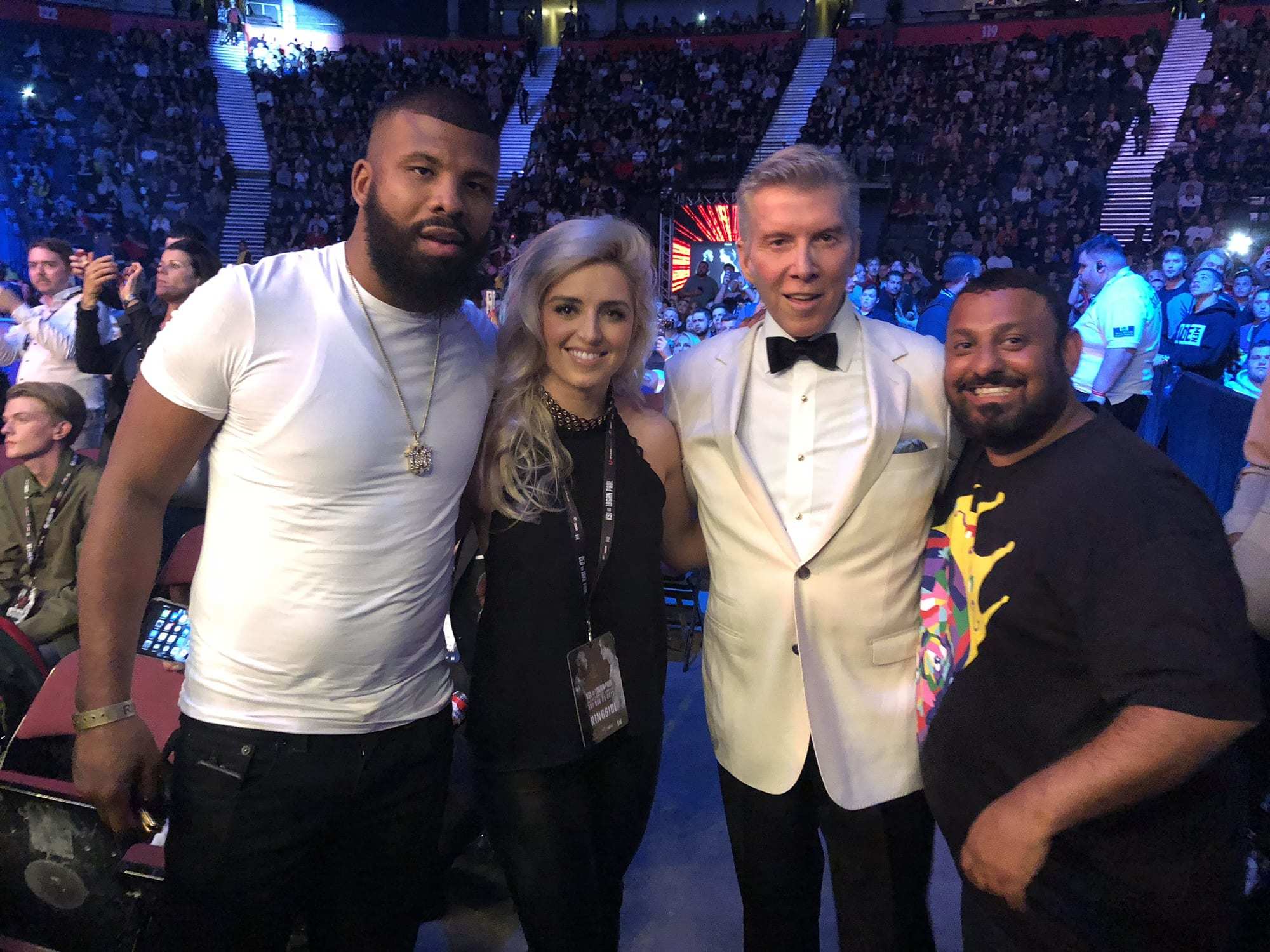